For the first time since living here, we witnessed the paying of a bride price. The husband has to pay quite a bit in money and pigs for his bride and they rarely have enough to pay up front. This couple has been married for a few years already but I guess it was time..

They had a feast in the morning with corn, greens and sweet potatoes cooked in a pit in the ground along with ‘yummy’ red fruit.

The ‘bride’ is in the camouflage shirt. 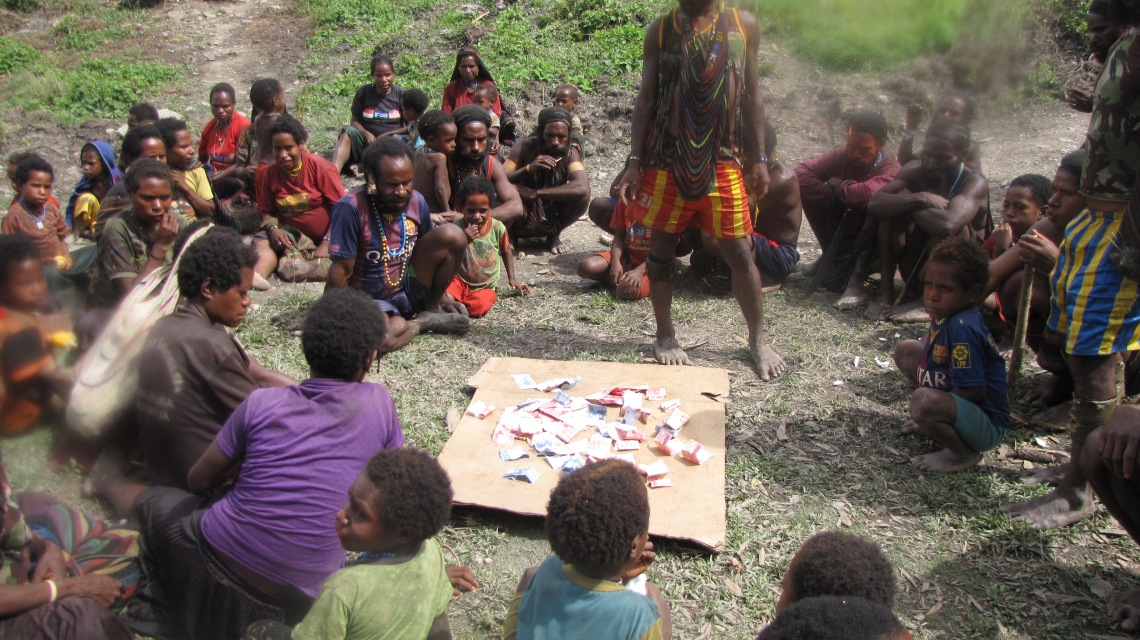 The family of the groom began to throw money in a pile and then anyone who wanted to chip in came forward. This went on for about half an hour.

Then everything was counted up. In the end 19 pigs and about $3,000 were collected.

We still have a lot to learn about all the cultural meanings behind everything that took place. It was an interesting day!

View all posts by dylanvanrensburg